The Italian Ministry for the Environment, Land and Sea is strongly committed in developing renewable energies and promoting energy efficiency at both a national and an international level. This strategy aims at reducing greenhouse gas emissions, energy costs caused by the energy supply dependence but also at developing innovative technological chains.

At international level, the Ministry, in collaboration with local institutions, United Nations agencies, Universities and the private sector, is strongly involved in the development of several initiatives directed to creating a Euro-Mediterranean market for clean and efficient energy technologies.

In particular, in 2002, during the World Summit on Sustainable Development in Johannesburg, the Italian Ministry for Environment launched the MEDREP, an initiative aimed at developing financial instruments and mechanisms, strengthening policy frameworks of the beneficiary countries and promoting private investments. For the development of the MEDREP programme, the Ministry is supported by the MEDREC (Mediterranean Renewable Energy Centre), a center, based in Tunis, for training, knowledge transfer, information dissemination and development of pilot projects in the area of renewable energies.

The collaboration between the two Shores of the Mediterranean Sea established within WP4, coordinated by ENEA, Italy, aimed at the harmonization of the legislative and regulatory framework on energy efficiency (EE) and renewable energy sources (RES), for contributing to the creation of a common energy market.

A capitalization meeting has been held at ENEA headquarters in Rome, on January 21st, with the representatives of six different EU funded projects in the Mediterranean area in which ENEA is involved: SINERGIA (promoter of the meeting), ELIH-MED, MED-DESIRE, WATER-DROP, ECO-SCP-MED, TESLA.

Energy transition in Tunisia is based on the implementation of a strategy for energy efficiency in its two components: the rational use of energy and renewable energy development. This strategy is needed to erase the energetic, economic and social challenges the country is facing and it is divided according to basic principles of a long-term vision of the energy system, with both ambitious and realistic objectives.
The overall objective of the strategy is to ensure a sustainable energetic future for Tunisia by strengthening the conservation of energy demand and the renewable energy development. 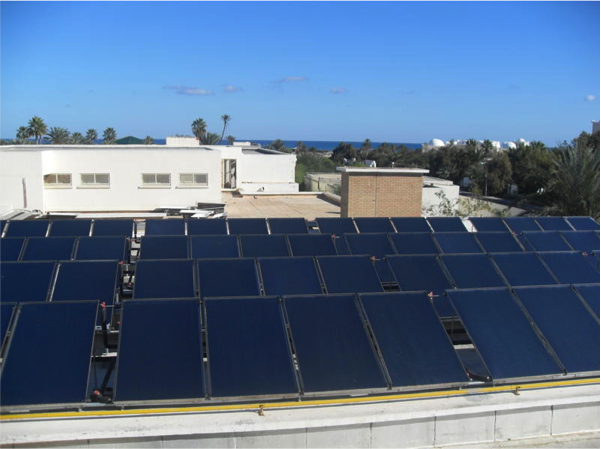 Energy transition strategy requires a decisive shift scale. Excluding biomass, the share of renewable energies in final energy consumption should reach 6.9% in 2020 and 12.4% in 2030. The production of electricity from renewable sources must achieve 30% in 2030.

The National Agency for Energy Conservation – ANME was created in 1985. It is a non-administrative public institution under the Ministry of Industry, Energy and Mines. Its mission is to implement the state policy in the field of energy conservation by promoting energy efficiency, renewable energies and energies substitution.

The French Treasury Department has recently approved the financing of the project “Educational and Demonstration Platform for Renewable Energies in Lebanon” under the “FASEP-Formation Professionnelle” programme by the Ministry of Economy and Finance.

This is second MED-DESIRE quarterly newsletter. If you don't want to receive MED-DESIRE newsletters anymore, please reply to this email writing 'unsubscribe' in the subject line.