The Andalusian Energy Agency leads the innovative programme Andalusia A+ Energy Saving at Home that promotes energy saving and behaviour change in Andalusia favouring low carbon economies, stimulating local employment and contributing to the sustainable targets of the Horizon 2020.

One of the most innovative features is the public-private collaboration between the Andalusian Energy Agency and more than 2,000 SMEs which facilitates the administrative procedures for end-users in requesting subsidies, working with the closest partner company.
The Energy Agency’s programme promotes the installation of HVAC equipment; the renovation of windows; the introduction of electric, hybrid, natural gas and other efficient vehicles; the acquisition of more efficient household appliances and the installation of renewable energy systems at home. More than 300,000 citizens received incentives between 2011 and 2013. If an average family carries out all the measures foreseen its energy expenditure could be reduced by half.

The financing of the programme is a joint partnership from the ERDF, together with national and regional funds, counting on more than 70 million Euros, reaching a total investment of 300 million Euros. The energy saving achieved amounts more than 14,000 toe/year, the contribution of renewable energy rises to more than 13,000 toe/year and the CO2 emissions reduction has been more than 70,000 toe/year.
The experience gained with this program has enabled the launching in March 2014 of a new Sustainable Construction Programme which counts on a budget of 200 million Euros and public-private partnership with more than 7,000 SMEs.
This programme has been awarded at the 2014 Edition of the ManagEnergy Programme of the European Commission.

In the framework of MED DESIRE technical workpackages, a series of meeting were organized in the MPCs in June 2014 aiming at having an insight of the general boundary conditions of the energy context for each specific Country in terms of policy priorities based on stakeholder interviews and consolidating a baseline for Country specific needs in terms of market stimulus for distributed solar energies and energy efficiency.
During the three missions (Tunis 9-13, Beirut 22-20 and Cairo/Alexandria 22-26 of June) nearly 60 stakeholders were met, coming from central and local authorities, educational system, industrial and financial sector and NGOs.

Mr. Ziad Zein, Project Communication Manager, and Mr. Rani Al Achkar, Project Technical Coordinator from the LCEC participated in an Exhibition/Brokerage event titled Green Mind Day at the North of Lebanon on Monday June 9, 2014; the event was a great opportunity to present the project to different actors in the field of sustainability as well as to distribute the Project’s communication materials.

MED-DESIRE project participated in the 3rd edition of EcOrient 2014 that took place from the 4th to 6th of June, 2014 at Beirut International Exhibition and Leisure Center (BIEL) in Beirut, Lebanon. EcOrient was first launched in 2012 while governments and the private sector were starting to invest their economic resources in sustainable green projects to meet the fast-growing market demand in the Middle East region and Lebanon. It is a trade exhibition and conference where international and national companies display their newest environmental and sustainable technologies of water, wastewater and clean energy.

Andalusia is the most populated region of Spain, with more than 8 million inhabitants and the second largest, reaching 87,268 km2. A significant increase of renewables in the Andalusian energy system has taken place in the last years. In 2012 the renewable supply reached a 19,3% of the regional energy consumption. Regional power generated with renewables reached up to the 33.9% of the whole electricity consumption. For thermal uses, currently, 8,4% of the energy has its origin in renewable sources: 806.406 m2 of thermal solar energy, 635,2 ktoe of biomass thermal use, 364 ktoe of biofuels consumption, and in an incipient form, geothermal.

The take-off for renewables in Andalusia overlaps with a singular legal and economic policy framework in Spain according to the principles of the "feed -in tariff". Likewise, at a regional level, it is also worth noting the influence of the Andalusian Sustainable Energy Plan 2007-2013, which included economic investment incentives, known since 2009 as “Incentives Scheme for the Sustainable Energy Development of Andalusia”.

This programme has been supported with M€ 480 funding for the period 2009-2014. Beneficiaries of this incentives scheme are citizens, companies, public institutions and non-lucrative entities. More than 100,000 energy saving and efficiency projects with an incentive higher than M€ 300 million euros have been subsidiseed 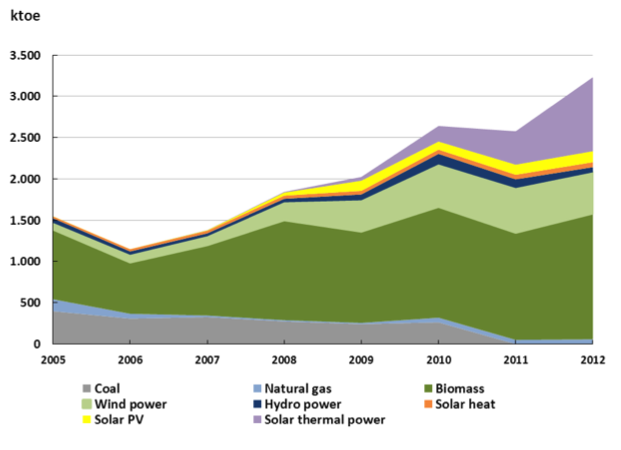 Also, the electricity service quality measured by the Interruption Time Equivalent to the Installed Capacity (TIEPI) indicator, has improved by a 42,3%. In 2004 the Centre for the Evaluation and Monitoring of Energy in Andalusia (Centro de Evaluación y Seguimiento Energético de Andalucía - CESEA) was created. It is currently the only centre of its kind in Spain and is managed by the Andalusian Energy Agency. It allows real-time monitoring of the electricity supply that reaches all points of the community. 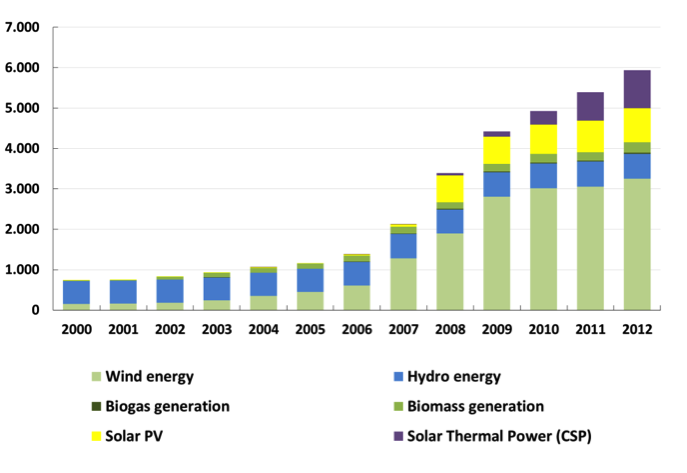 The Andalusian Institute of Technology, IAT, is a Technological Centre of "Engineering and Innovation Management" established as a non-profit private foundation, recognised as being of public interest. IAT acts under strictly professional criteria, providing Knowledge Intensive Services and developing its own technology.

• To stimulate Innovation processes and the incorporation of new technologies into companies, especially in SMEs.

• To allow companies to access to national and international Technology Programmes and Plans, as part of the Science, Technology-Business System.

• To contribute to a better coordination between businesses, regional authorities, research bodies and other public and private institutions for the enhancement of Regional Innovation Systems.

• To encourage access and diffusion of new technologies into businesses and organisations and to facilitate adopting technological changes.

• To facilitate the exchange of knowledge by promoting Research, Development and Innovation. 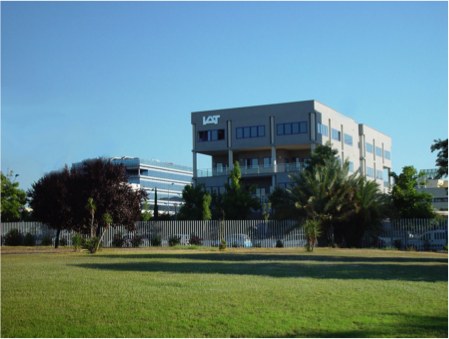 The main areas that IAT is working on in the field of energy are:
a) Energy efficiency in buildings/districts
b) Innovative projects to improve environmental impacts and energy efficiency
c) Smart Cities

IAT is part of the Spanish SOLAR CONCENTRA Platform in which the main agents of the Thermo-Solar Energy are gathered.


This is the fourth MED-DESIRE quarterly newsletter. If you don't want to receive MED-DESIRE newsletters anymore, please reply to this email writing 'unsubscribe' in the subject line.