Energy consumption in buildings in Mediterranean and continental climates as well in summer and winter is growing excessively. The implementation of energy efficiency criteria is necessary to reduce energy demands and to improve the comfort conditions in buildings and their influence on cities and urban environments. The perspectives for this field are very promising according with the previsions of the World Economic Outlook (WEO) of the IEA, and are also included in the UE Horizon 2020 Program, in the Strategic Energy Technology Plan.

In the Spanish context, the CIEMAT’s R&D Unit on Energy Efficiency in Buildings has been playing during last years a very important role, in close collaborations with public and private sectors, giving scientific and technological support for the implementation of these practices in the society.

According to the Institute for Energy Saving and Efficiency (IDAE) in Spain there are almost 2 million buildings that will need energy rehabilitation in a short term, that will contribute to the recovery of this economic sector and to the reduction of the energy demands in buildings. The participation of users as important agents to raise public awareness of energy rehabilitation in buildings is the target of initiatives like @ProyectoPrende and @tucasaes+, where information campaigns addressed to the citizens are carried out.

The Spanish Ministry of Development has launched different Official Regulations to promote this activity, as the State Plan for “Development of Energy Buildings Rehabilitation, and Urban Regeneration and Renovation, 2013-2016” (BOE-A-2013-3780) that will be managed by the Regional Administrations , where financial support is given for energy buildings rehabilitation. Also the Royal Decree-Law 8/2014 containing the “Approval of urgent actions for growth, competitiveness and efficiency” in energy buildings sector.

A sign of the current priority on this activity in Spain is the direct advertising shown in the Ministry of Development’s web page from December 2014.

MED-DESIRE supports the 2015 edition of M’Illumino di Meno (Lighting Less) iniative, a very famous national campaign promoted by the Italian national radio broadcasting channel RADIO2, Caterpillar radio show, aimed at promoting public awareness about Energy Saving.
On Februay 13 from 6.00 PM to 7.30 PM take part to MED-DESIRE PHOTO FLASHMOB: you can participate in three simple steps.
1. Take a picture representing energy saving or energy efficiency (e.g. you can depict yourself turning on a LED light or replacing a traditional lamp with a high efficiency one)
2. Publish the picture on Facebook, Twitter, Google+ or Flickr using #MilluminoDiMeno #meddesire hashtags
3. Share the experience with your friend and help spread energy saving and energy efficiency behaviours!

Thanks to MED-DESIRE project, M'Illumino di Meno initiative will go beyond the Italian national borders: in addition to the photo-flashmob, the Institute for the Italian Culture in Tunis and the Puglia Region in Bari will switch off the lights of their buildings to join the initiative.

Tunisian and Egyptian technicians will begin on February 11th the "study tour" in the laboratories of ENEA Portici (Naples) and Casaccia (Rome), to learn procedures, methodologies and techniques for evaluating the quality and reliability of components and systems for the production of solar energy: photovoltaic panels and concentrating solar power (CSP) systems.
The study days have been organized by ENEA to meet the demand of the partner countries to bring their testing laboratories in line with EU standard.

SEIDC is one of the most important conferences dedicated to the solar energy industry in Egypt and its objectives were consistent with the goals of MED-DESIRE. The Egyptian fair has been an excellent opportunity to introduce the project to a diversified audience and raise awareness on distributed solar technologies, solar water heaters and rooftop photovoltaic systems.

During the Expo-Conference EnerSol – World Sustainable Energy Forum 2014 held on November 26th, 27th and 28th, 2014 in Tunis (UTICA Headquarters), a MED-DESIRE roundtable was organized with the participation of ANME, institutions, cooperation agencies, banks and local financing experts active on renewable energy and energy efficiency in Tunisia.

The roundtable was focused on how international cooperation actors and local banks can contribute to the promotion of distributed solar technologies in Tunisia.

Mr. Baccouche (ANME) clarified the contribution of the MED-DESIRE project to spread distributed solar energy technologies in Tunisia through the establishment of an innovative financial scheme to promote Medium Size Solar Photovoltaic Systems, the capacity building actions and the strengthening of testing lab of solar thermal and PV systems, namely CTMCCV, CRTEn and CETIME.

The next 10th of April 2015 the Italian Ministry for the Environment, Land and Sea will organize the capitalization event of MED-DESIRE Project in Naples at the EnergyMed Fair, which will be held at Mostra d’Oltremare - Viale Kennedy - Fuorigrotta.
The meeting “The role of renewable energy in the Mediterranean Region: from buzz to action” will be focused on the strengths and weaknesses of the legal, regulatory, economic and organizational framework for the development of a solar energy technologies cooperation in the Euro-Mediterranean area.

A workshop and a study tour on collective solar thermal technology were held in Tunisia the 28 and 29 November 2014, in the framework of the two-days initiative PROSOL Industry: Solar Water Heating for Industrial Processes, organized by the Mediterranean Renewable Energy Centre (MEDREC), in collaboration with the National Agency for Energy Conservation (ANME) and the United Nations Environment Programme (UNEP-DTIE) and in partnership with the project MED-DESIRE. The workshop took place during Enersol WSEF 2014, the second edition of the forum-exhibition of the most recent technological, commercial, financial, social and regulatory developments in the areas of renewable energy and energy efficiency, gathering the global sustainable energy community.
On the 29 November 2014 MED-DESIRE participated in the study tour on collective solar thermal technologyorganized by MEDREC, in order to illustrate two cases of collective solar thermal systems integrated in the industrial and tertiary sectors

On December 12, 2014 the NextMed Conference took place in Rome, to mark the passage to the European Neighbourhood Instrument (ENI) 2014-2020 Programme, replacing the European Neighbourhood and Partnership Instrument (ENPI).
The conference aimed to showcase the achievements of Cross-Border Cooperation in the Mediterranean region and to highlight coming challenges under ENI. At this purpose, participants could experience in the exposition area a journey through the 95 projects funded by the ENPI CBC Med 2007-2013 Programme and, in the morning session, seize the opportunity to deepen the strategy, objectives and priorities of the new EU Programme.

Andalusian Energy Agency (AAE) is a public entity belonging to the Andalusian Government. It emerged as an initiative of the VII Andalusian Social agreement, in order to be a tool in favour to the social, entrepreneurial and institutional tissue of the Andalusia region to impulse the sustainable energy development in Andalusia. The Andalusian Parliament approved its creation by Law 4/2003, of 23 September, with a broad consensus among the various parliamentary groups.
The Andalusian Energy Agency main objective is to develop regional policies to maximize, in energy, economic and environmental terms, and the energy supply of the Autonomous Community of Andalusia. Its main functions are: 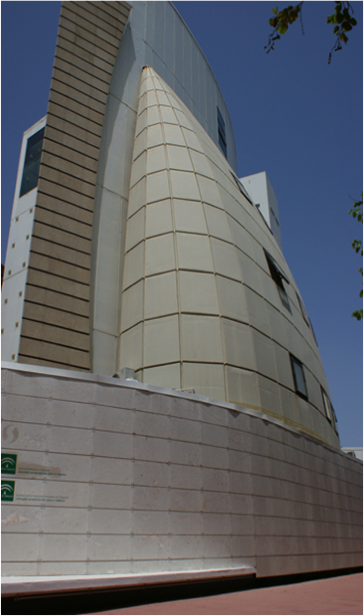 The ENPI CBC MED Programme has recently published the “Mediterranean stories”, four publications aiming to highlight the challenges, achievements and tangible benefits of the 95 projects financially supported by the Programme during the 2007-2013 period.
MED-DESIRE project is part of the Environmental sustainability publication, wihich includes 38 projects dealing with water management, waste treatment and recycling, renewable energies and energy efficiency, protection of the environment and natural resources, integrated coastal zone management.

This is the sixth MED-DESIRE quarterly newsletter. If you don't want to receive MED-DESIRE newsletters anymore, please reply to this email writing 'unsubscribe' in the subject line.